Installation and training of the new kit took place at the Mansfield-headquartered group last year in Covid-secure conditions. 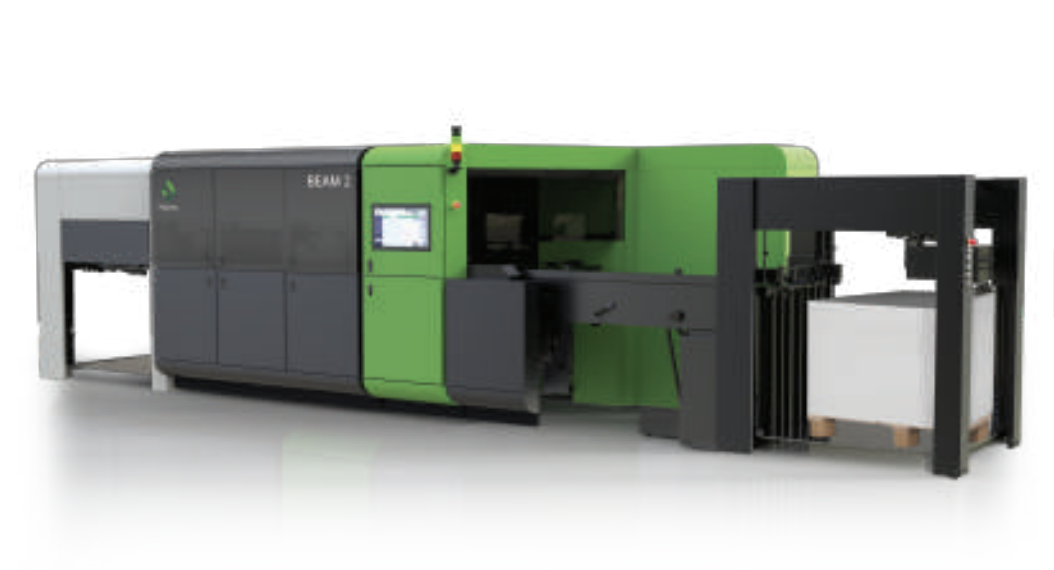 It has been installed at the group’s new 9,300sqm warehouse facility at its 35-acre Mansfield supersite, where part of the new space has become a centre of excellence for mounting, die-cutting, laser-cutting and assembly, with a creative team also located at the site.

The facility now encompasses around 46,450sqm of buildings.

Executive director Charles Linney told Printweek: “We’re always looking at different ways of doing things and ways of improving our business – shortening our lead times and making sure we’re at the forefront of the technology that’s available.

“We’ve been tracking Highcon for a while making sure the quality was good enough and that all the things that could go wrong with a laser have been solved. We had it on trial for a while, and we said that if it does what is says on the tin we’ll buy one.”

Linney said the investment in the Beam 2 was “a big ticket item” but described it as a “complete game-changer” compared with using analogue dies, due to the benefits it brings to the business.

Makeready and turnaround times have been drastically reduced as the Beam 2 does away with the need to outsource dies and cutting formes.

“Wanting to cut something to actually doing it could be ten minutes now, whereas it used to be two days,” Linney explained.

“We’ve got so much work for it and it’s running continental shifts flat out. It’s a serious bit of kit.”

Linney Group is using the digital cutting and creasing device to produce work such as on-shelf display products as well as gifting and packaging materials for major brands.

He also highlighted a number of sustainability benefits.

“Sustainability-wise it’s fantastic. We don’t have to ship dies around the country or chuck a load of MDF and razors in the bin. And standing forme mentality goes completely out of the window – we can look at the best way of ganging jobs, and have multiple different things on one sheet – it’s a completely new way of thinking.”

“It might seem like an odd time to invest but if you believe in your clients and your people it’s the right thing to do. Combined with our fleet of three B2 Indigos it’s a powerful combination,” he added.

Jens Henrik Osmundsen, vice president of sales and general manager at Highcon EMEA, said the Israeli manufacturer had been very impressed by the speed with which Linney had adopted the Highcon technology.

“They are already running three shifts, producing numerous jobs for their top tier clients in health, beauty and cosmetics, including on-shelf tray displays and personalised packaging for the gift market.

“More than anything else, we have been delighted with the positive reactions we have received not only about the process and efficiency from Linney’s management but also from their design staff and operators – the people who make the machine sing!” he said.

Linney has sales of £100m, employs more than 1,000 staff and and serves a wide range of brands and retail clients as well as public sector bodies such as the NHS. Its offering spans print, point-of-sale, e-commerce services, managed services, creative production, design, digital signage, and film making and animation. Being the boss in unprecedented times, part 2

Part two of our special feature asking industry MDs and CEOs to share their experiences of being a...

Linney Group is considering expansion of its fulfilment activities after taking on 4,000m2 of extra...