Best of British: Britain would be poorer sans Serif

One of the pioneers of desktop publishing software, Serif Software is a 31-year-old all-British company that four years ago reinvented its product range to suit the new era of affordable, downloadable professional apps.

Serif’s current Affinity range includes Designer, a vector drawing equivalent to Adobe Illustrator, and Photo, a Photoshop equivalent. Downloads of these passed a million this summer. This autumn Serif released the public Beta of Affinity Publisher, a professional layout program, which will be released early in 2019. This allows CMYK working, has extensive typography tools and outputs PDFs up to PDF/X-4. About 150,000 Betas have been downloaded. 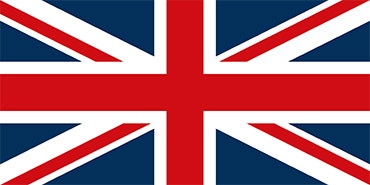 The company now employs about 75 people, all working in its Nottingham office. Turnover last year was £13m, up from £9.7m the previous year. This past summer after a lot of building work it opened a large new demonstration and training space designed by Serif’s creative director Neil Ladkin, launching it with the first Affinity Live event in July. The new Designer for iPad app was introduced at the event.

Ashley Hewson has been managing director for the past five years. His is a classic story of working his way up through the company. “I’m originally from Kent and I came to Nottingham University to do electronic engineering,” he recalls. “I dropped out after a couple of years and went to a job agency. The first job I had in 1998 was with Serif, in the call centre. After 18 months I became a trainer and then a data analyst, working on marketing. Then I become call centre manager, then head of operations and one way or another worked up to become managing director as I am today. It meant I know the business inside out, through working in all areas and dealing with the customers.”

Serif was first set up in 1987 by a group of friends who had been at Nottingham University together. Today only one of the original three developers is still with Serif, Jim Bryce, who remains a director. Hewson says “The main drivers today are Tony Brightman and me. Tony is the main brains behind all of the development and the strategy for the products. I look mostly on the sales and the marketing and business development side of the company.”

Serif’s first product, PagePlus, was launched in 1990. “It was the first desktop publishing app available for less than 100 dollars,” says Hewson. “Over the years we built up a suite of creative products, including DrawPlus, for vector graphics, PhotoPlus for photo editing, MoviePlus and WebPlus.” There was also PhotoStack for asset management and CraftArtist for paper craft designs. All were for Windows only. You can still download and purchase PagePlus, PhotoPlus and DrawPlus for £19.99 each, but they are no longer updated. Serif maintains support forums for all the others.

“We refer toward those products as our legacy applications, because around eight or nine years ago we decided to set off on a different path,” says Hewson.

“The legacy applications were focused towards the home user or the small office user. PagePlus was a very capable desktop publishing application, but we aimed it at people creating things like greeting cards or newsletters for the local golf club, for users who didn’t necessarily have any particular design or print expertise.

“We decided that we wanted to change tack, to start to develop and create a whole new range of applications for professional use. Tony Brightman and the developers wanted to create something new that was world class and world beating. There was only so far they could take the legacy code by just bolting on new features.

“So we basically started entirely from scratch on what would become Affinity. This let us take advantage of all the latest technologies, such as multi-core processors, GPUs, that type of stuff.” Writing for multiple platforms was also new to a Windows-only company.

New code had a lot of advantages, Hewson says. “We could achieve incredible performance, even with massive documents or 100 megapixel images. Even the professional apps were starting to struggle with the high resolution images that people were taking and documents they wanted to create.”

Also important was file commonality. “Our publishing application, our vector drawing and photo editing applications all share the same file format. The whole round trip in say InDesign, Photoshop and Illustrator, can be quite painful and means exporting and importing different formats. But if I create some fantastic illustration in Affinity Designer and I want to use that in one of my spreads in Publisher, I don’t need to export SVG or EPS or any kind of intermediary format. I just drag it onto my Publisher document. I can access all the layer structure and everything else that I’ve created in Designer. I can turn off or edit some of the layers without having to go back to Designer.”

First out was Affinity Designer (in 2014) then Affinity Photo (2015). These started as Mac applications for easy download and installation through Apple’s App Store, with Windows and then iOS/iPad versions added later. Reviews and social media were positive and Affinity attracted industry awards. A lot of the turnover boost in 2017 came from Photo for iPad, which Apple selected as its App of the Year for 2017.

Affinity products are available in nine languages (English, German, Spanish, French, Portuguese/Brazilian, Italian, Chinese, Japanese, Russian) and are sold worldwide, all through Internet downloads, with online technical support. “The US is our biggest market, Germany is second biggest and then UK then France and Italy,” says Hewson.

Unlike some developers, Serif doesn’t outsource coding work to developers in low-cost countries. “We’re proud that we’re entirely UK based, but from a development perspective it is one of our challenges,” Hewson admits. “We’re in Nottingham but no matter where we were in the UK that’s always going to be the same issue, finding really good people who have a level of experience in writing creativity apps.”

Serif’s graphics applications are unusual, he explains. “We would love to take on more really highly skilled developers, but in the field that we’re in there are very few others doing our type of stuff. It’s quite a niche kind of skillset to be able to write the engines behind our apps, in terms of graphics rendering, object models and text handling. We generally find we need people with many years’ prior experience and they are the ones who are harder to recruit.”

How can a relative tiddler like Serif compete with the Adobe steamroller, let alone all the other low-cost or even free apps out there? “When we first launched we went for the Mac App Store as our main method of distribution,” says Hewson. “We felt we had had to have a very competitive price, but then a natural assumption is that it’s not for professional workflows. That is 100% not the case for us, but we wanted to get the maximum distribution to build up the user base and get as much adoption as we could, without paying millions on marketing.”

Even so, surely Adobe’s model of offering its huge Creative Suite for just about £40 per month is hard to compete with, as long as people don’t think too much about how much it costs for ten seats for five years? “I think in the main that people would prefer to own things like software applications, or music and other stuff as well,” says Hewson. “It was about 18 months before we launched Affinity Designer that Adobe went full-on Creative Cloud subscription and we saw the fall out. It obviously proved to be successful for them and there was substantial revenue growth, but that isn’t to say it was a popular decision because it definitely was not. Quite a lot of disgruntled people felt that they would be entrapped into a monthly cost. We didn’t want to take that route.”

It’s not an either-or decision anyway, he points out. Each Affinity app can easily be bought on expenses, for example: it’s £48.99 for the desktop apps and £19.99 for iPads. “We find a lot of users buy our apps for some special jobs, but they will still have a Creative Cloud license as well, rather than having to make some big decision about swapping one out for the other.”

At present revenue growth is almost entirely from new users, though Hewson says at some point there will need to be a chargeable upgrade path to maintain income.

For now, the main effort is on getting Publisher out of the door early next year. After that, Hewson says there will probably be an asset manager to organise Affinity files, perhaps in 2020. In the meantime, Serif plans to work on extensibility, to open up Affinity so third parties can write plugins and links, historically part of the appeal of Adobe’s and Quark’s success. “If everything goes well we may have that capability towards the end of next year, 12 months away,” says Hewson. “We will then be wanting to talk to people who might want to take advantage of that. There are very specific high end use cases for print.”