The software, which is aimed at, among others, POS printers, enables 3D packaging mock-ups created in Esko's ArtiosCAD or Studio to be placed on shelves or displays in photorealistic store environments. 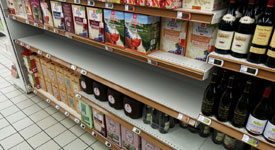 According to EskoArtwork 3D and visualisation product manager Kris Van Bael, the collaboration with VTales came about via a mutual customer – a large French corrugated converter – who enquired about closer integration between the two firms' software. 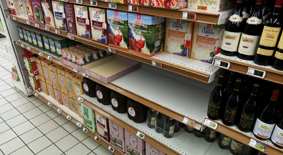 Van Bael added that while the main benefit of being able to see trial packaging in a real environment was to the retailer or brand, it made sense for PoS printers to run the software as they already hold all the production data. 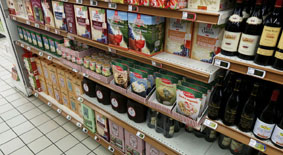 Shelf as it would look when filled with goods

"The whole strength of the tool is that we generate those visuals from the production data as a service to retailers and brand owners," he said. "And for printers this allows them to offer an extra service to their clients."

The software, which has a European list price of €9,500 (£8,000), comes with five fixed environments including, dairy, candy, cleaning, wine, and household electrics, as well as a completely empty set of shelving.

For an additional service fee, EskoArtwork will send a team with a 360-degree camera to photograph a real life environment, such as a particular supermarket, and build a virtual version.